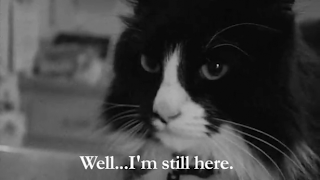 Hip To Be Square

Since this is a problem that I thought might be experienced by other adults, I thought I'd write about twisted hip. In twisted hip, one leg drags the body back and to the side. This might also be called open hip.  Instead of keeping my hips square when I skated, I would twist my right hip. This affected even something as simple as basic stroking.

There's a lot of reasons to twist the hips when skating, but as a basic skills skater, it seems easier for me to learn a lot of basic skills if the hips are square.

It's hard to find a picture of basic stroking with twisted hips, instead these are the best illustrations I could find of yoga positions, just so you can get the idea.


Anyway the physical therapists wanted me to get my hips square while I was stroking.  I spent a lot of time on an exercise machine strengthening my gluteus medius to make it happen. After  couple of months they succeeded and I was able to stroke with squared hips. It smoothed out my skating and my coach stopped yapping about how the left side skated better than the right side.

Once I got my hips square, I was able to conquer 3 turns. With hips square I stopped flinging my way around the turn, and they became controlled. Without squared hips, I sort of jerked my way around.  I'm making progress on my spins as well.

"Ah," the coach said, "Keep your hips square, and twist your upper body." 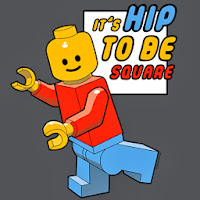 Just knowing the next coach will want me to do something different in crossovers, so I'm not holding my breath this is the last crossover 'fix' for me.

Still, keeping my hips square has helped me a lot with my basic skating skills. If I ever stay well enough to advance, I'm sure there's elements where a twisted hip with be the thing to do,  but for now, I'm square hips all the way.

We have a Russian coach at my rink who is a high level coach. He's visited by up and coming skaters for a session or two about their technique or their program. Once (long ago) I heard Viktor Petrenko came to the rink to consult with him. So, very respected, very, very high level, and....a classic Russian frowny face.
Anyway, he's my age or slightly older, and when I first skated past him leaning against the boards while he waited for his student, I put on my chipper face and said, "Good morning."  I mean, it was a reflex. I'm an old woman, he's an old guy. Something in my genetic code kicks in: Be nice to people your age.

He muttered something in Russian at me, and (I may be wrong) I don't think it was "Good Morning." Or anything even close to it. Maybe it's just me. Maybe it's the fact that I'm a perennial basic skills skater and my technique is so appalling that it offends the purity of his vision of figure skating.

In two other freestyles as I passed him the first time I'd reflexively say, "Good morning." Let me say, his response was not welcoming. After that, I quit.

Then shortly before I went to Lake Placid I was lap skating and thinking about my work. My expression looked like this.....
I was absolutely focused on my skating, not thinking about anything but my skating, and I passed Grumpy Coach.

Without thought, I grunted, "Good morning."

So Much To Look Forward To....

I'm able to get back on ice! I know I should feel excited, but after a month off Ice I know what I have to look forward to.

Sadly, getting up from the ice is a little pathetic. I have to roll on to my stomach, dig in a toepick, then push myself up from the ice by grabbing my knee.
I once had another skater tell me, "You're still getting up like a 5 year old in Snow Plow Sam. Let me teach you how to get up right."

But getting up from a fall is rewarding for me. After 20 seconds of struggle, I finally get back on my feet, there's a sense of triumph! How many of you younger skaters feel like that?

And when I get home after a freestyle I get to snuggle up in a nice warm blankey!
Looking forward to getting back to skating,  even with all the falls!


This is a tip from my coach Miss Bianca about testing....


"When you test, don't think 'I'm not good enough to skate for these judges'.....Instead think 'These judges came all this way, as volunteers, just to see me skate.'"

And you'll think about your test like this...
Or you think....

What about thinking about the judges as if...


Then when you skate, you can think about your test, thusly...

It was my goal after Lake Placid to make an entire year without any physical problems. I didn't even make it 24 hours.

The day I got home, I had shingles.

I know, you may be thinking, "Isn't that like a rash?" Yeah, that's what I thought. What it's really like is the nerves on one side of your body are set on fire by left over chicken pox virus. A few days later a rash breaks out.

When it hit, I felt like I was being kicked by men with steel toed boots. I once passed a kidney stone. This was worse.

The first doctor couldn't make a diagnosis, so I spent a day getting a CAT scan for appendicitis or a stone. Two days later, the rash finally broke out and the second doctor took one look and said, "Shingles, here's a prescription for a painkiller and an anti-viral."

Well, I was lucky. Even though my face was itching, the anti-viral stopped the rash from spreading to there (you can have scarring and go blind if that happens). All I'm left with now is week two of the rash. An unremitting rash with itching 24 hours a day.

That's the horrible thing about shingles; there is not a second's relief for weeks on end.

You can get the shingle's vaccine now at 50. I had had it at 60 thinking I'd never get shingles. From this experience I learned it doesn't keep you from getting shingles, but it makes the outbreak less severe and last a shorter time.

If I hadn't had the vaccine, I think I would have ended up in the hospital

Getting Videoed While Skating

Me on Seeing Myself in a Video

When My Coach Has a Camera in Her Hands

(PS. Sorry for all the Tumblr-like posts.  Be back skating in a week. I'll feel like writing again soon.)

A Self Test about Skating Tests. Cosmo Style.

Select answer A or answer B for each question. Add up the A's and the B's to learn if you are ready for your next skating test.

If you have more A answers:

If you have more B answers:
This test for entertainment purposes only. Thank you (The Cosmo Style ed.)
Posted by Babbette Duboise at 12:57 AM 3 comments:

It's not uncommon for women skaters to use dancewear for tests. A leotard over skating tights with a dance skirt over it, is in some rinks the standard test outfit for adult women skaters.

The problem with dancewear is that it runs *small*. Not "small', in the way you need to buy a size 14 rather than a 10, but 'small' as in the sense of "what person in their f*ng mind would make this for a grown woman"!

For example, I was looking for a leotard that had a turtleneck and bare shoulders, sort of a classy 80's halter look. I lift weights and I have nice shoulders and arms, so I wanted to use that to my advantage. It took time to find a leotard designed like that. Finally, I located one on a website that was of satisfactory design and ordered the Adult-XXXL size.

Let's just say when I got it, I don't think it would fit a 15 year old girl. I'm only 5'2, it wasn't long enough in the torso for me. I'M 5'2" AND IT WAS TOO SHORT IN THE TORSO! The manufacturers are insane!  Apparently, I need to order the plus size TALL!

Returning it was too much trouble. I'll sell it to some mother at work whose 5 year old is in ballet.

So, if you order dancewear, prepare to have your heart broken, and order from a website that has a decent return policy.
Posted by Babbette Duboise at 9:58 PM 6 comments:

Hey, these make me laugh, but won't fit into a full post. Have fun!

My arms while learning brackets

I have nightmares about mohawks