I have form...you know, balance, body position, posture, eyes head, shoulders, knee bend. Every thing in the right place. When I skate backwards, I look over my shoulder, do full undercross, and face the center. But oh dear God, I have no power.


When I skate with the 'kids' in one LTS group (they're all 13-ish) the coach puts us in back crossovers in the center for the warm up.


THEY DON'T Look BACK

I can't tell you how terrifying it is, to be going backwards in a circle with kids who are skating fast (with poor edge control, not enough knee bend, stiff crossovers always in a near death click of death) and paying no attention to anything.

I'm slow. Yes I acknowledge it, but I'm 68 and cut me some slack.  I look over my shoulder so I don't run into the person behind me, but I have to worry about the person in front of me running into me.

The Kids Will Bounce back up

My Fear For Myself?

Yes, I Chicken out and get away from them.

But Dah-ham I look good when I do!

Posted by Babbette Duboise at 9:20 PM No comments:

So, years ago, I had a riding trainer who told me when I wanted to improve a skill I was stuck on, that I should try to learn a harder related skill and that as I learned the harder skill, and the 'stuck' skill will get better.

Let me translate this into figure skating: 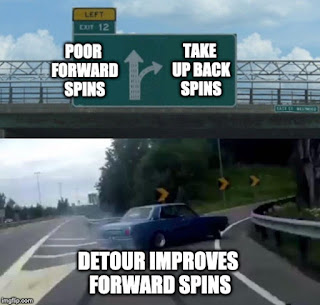 I won't say my forward spins are 'poor'; they're slow and only 2-3 rotations, and I can only enter them from a two foot position.  but DAMN they're centered like they're balanced on a diamond pivot (that should count for something) and my 'form' is perfect. I'm just 'stuck'and not moving forward

So in group I asked for back spin training. And with my coach I asked for the same thing. Let's not fool ourselves that the back spin emerged like a butterfly from a chrysalis. My back pivot is something I never practice, and going back from the toepick to the rocker is terrifying the first few times. I consider it a miracle that I can now pivot and drop from the toepick to the rocker and glide backwards in a tight arc without screaming "I'm going to DIE!!".

With a lot of practice, about all I can do is do a back inside figures loop .... if I'm lucky.


On the other hand,  the speed of my rotations on my forward spins is better immediately during my second lesson, and I've stopped internally panicking that I'm going to fall backwards and hit my head while I'm spinning forward.


After having seen the hell of a back fall during a back spin...
I am so over my fear of back falls from a forward spin 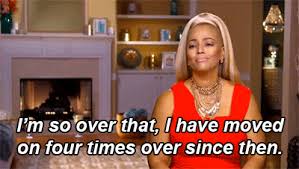 Okay, except maybe camels spins. I'm saving those for when I need a harder spin to do when I'm stuck on...you guessed it...BACK SPINS.

Stuff that Happened on LTS 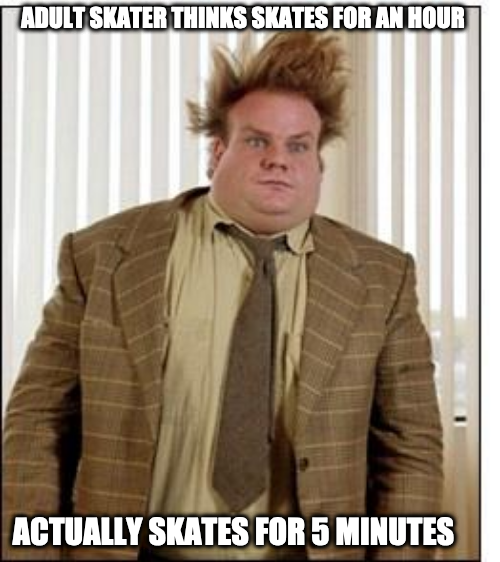 Adult skater does first back crossover without holding someone's hand


Posted by Babbette Duboise at 6:41 PM No comments: