The Little Book of Talent Tip #1--Slow Down

I purchased a book by Daniel Coyle, The Little Book of Talent, after listening to it on audio. Coyle visited 'talent hotspots' and consulted with coaches, scientists and master teachers to pull together these training tips. I like the book. Not everything in it is applicable to figure skating, but a great deal is.
Unlike other books, this is about how to improve your skills by improving your practices. I want to talk about one tip in the book that has helped me.

As I'm listening to the book, there's a section in it where the suggestion is made to 'slow down as much as you can when developing a skill, because it allows you to focus on the importance of every movement.'

So, I applied 'Slow Down' to my spins.

I can really do a slow one foot spin. And when I did, I noticed that I needed 1. to get off the flat and onto the inside edge with more precision, and 2. I need to make an in boot adjustment because I was clenching my big toe.

It took a couple of sessions of practice to get the entry so I'm able to hit that inside edge just right. And secondly, I put a pad under my big toe so I don't clench it.

My spins are not perfect, but they are much improved. I don't feel that I'm entering them with luck playing a part on where I am on the edge anymore. Now, I control the edge.

If I hadn't slowed down, I would have never noticed what was going on and might have taken weeks to get better.


Posted by Babbette Duboise at 11:02 PM No comments:

Public Skate on the One Cool Day of Summer

The last few weeks we we've had consistent days in the 90's--for those  readers in the UK, it's days in the 30s--and in the two days it hit a hundred, the ice rink extended the hours of public skate and offered 'free rental skates'. Decent, public spirited.
I checked the webcam and the rink was just as empty that day as it usually is during the school year.
But today...TODAY!...when it's in the 70's (20's UK) the rink is packed like Christmas. WTF, people? What is it about going to the rink when it's cool?

At First I'm All Confused

And apparently, the local league just picked its 11 year old team and the selectees seem to think public skate is place for a game. They get so wild the rink guard skates past me hissing, "I'm kicking those kids off." Frankly, 11 year olds who haven't developed any skate control, and haven't been exposed to the local rec league's etiquette program, can pretty soon turn public into this..

This is Russia. Watch the whole thing  The flying kid is classic.


Then a dad at the gate asks me to help his son tie his boots. I know I look like a granma, but geeze...

And finally, I'm DONE with being nice, sweet, helpful and accommodating. I'm skating for myself now. I decide to cop an attitude.

Posted by Babbette Duboise at 10:02 PM No comments:

The Curse of the Coach's Eye

When you're a recreational skater, there are entire years where you can't stand to do certain skills in front of your coach.

Right now, I've got a bad case of Coach Eye in Freestyle 2 where I'm working on my one foot back spins.


When Coach Ursula turns to me it's a bit like when Frodo puts on the Ring Of Power and Mighty Sauron stares at him.


Suggestions for dealing with this? I gots nozzink.

How I Feel When...On Ice


...I Try to Break A Bad Skate Habit That Won't Go Away

...My Coach Lays Down the Law About Some Skill I Hate to Practice

...Someone Asks Me What Level I'm at In LTS

...My Ipod Nano Slips Out Of My Bra And Down Into My Shirt

When a Skater Switches Coaches

Coaches have experience, so they exit the situation gracefully 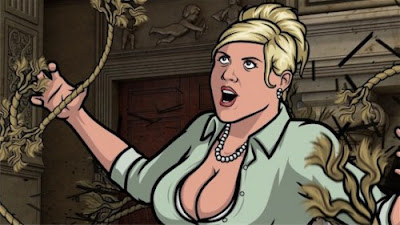 But Maybe After Years of Effort, They Feel Like This
About the Money they see Skating Away

Posted by Babbette Duboise at 10:10 PM No comments:

The Trouble with Zucas--Safety Tip

Zuca's are designed to be sat on. I'm told that at competitions, skaters rely on their Zuca's for seating in the dressing room. 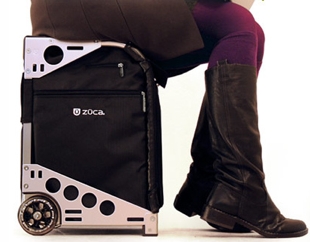 And if you've read my blog, you know that the Freestyle class sits on its Zuca's in the Circle of Sacred Figure Skating Fire, because...you know...too many kids and parents on the benches.

So, I sit on my Zuca.  Take off boots, dry boots, sort everything out. All is well.

Then, I bend down to reach between my legs so that I can stick my hand  deep inside the insert so I can pull my soakers out from the back.

The Zuca shoots backward, out from under my ass.

It turns out, when I bent down to reach inside the insert, the back of my thighs pushed against the Zuca, and that thing slid  out from under my ass, then built up some speed, even on the mats.

I didn't fall, thank goodness. I have figure skating reflexes. Once I felt that thing move, I just stuck my ass in the air and straightened up, then turned to look at the Zuca rolling to a stop halfway across the lobby. I swear that thing was smirking at me.
Being from the Air Force, the first thing that occurred to me was to get some plane chocks. And I found some Zuca sized ones on ebay for model displays.
Anyway, no chocks. Although it would be cute if I had them.  Instead, when we form the Sacred Figure Skating Circle of Fire, I just back that Zuca up against the wall before I sit down. It's going nowhere.

So, important safety tip. Watch your ass when sit on the Zuca and you go for something in the back of of the insert.

Or, if you're really daring, get your buds together and hold Zuca races across the lobby!

Entering the Rink on the First 90° F Day of Summer

Posted by Babbette Duboise at 9:33 PM No comments:

Return to the Canasta Tango

Miss Bianaca takes out her Magic Marker of Doom and makes a mark on the center line a few feet from the center dot.

"When you skate the tango, you need to end that left forward inside slide chasse' right here." She taps the mark with her toe pick. Then she skates 10 feet away, "This is where you're hitting it."

I know this routine... 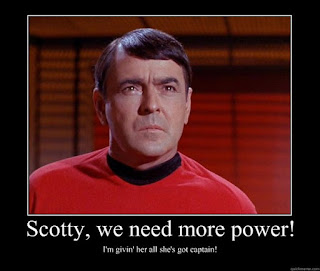 I try it a couple more times, then we move on to back threes. I'm not getting any closer. Probably as I try to remember the steps, I tense up and slow down.

Today,  I try it again. I'm more relaxed and I've got the steps firmly in my head. Here's my distances--and my excuses.

6 feet. Little kid got in my way.
4 feet. Had to slow down so I wouldn't knock over an adult skater who panicked and nearly fell down anyway.
3 feet. There'a a hockey guy going backwards, not looking behind himself, who might--if he speeds up---possibly get in my way.
2 and a half feet, and that's as close as I can get. I get a straight shot in.
Then I go home and pull out the canasta tango drawing,

You know, after that first LFO- swing roll, the RFO stroke and the LFI Slide chasse' are supposed to be two beats?

I've been doing one.

In LTS, the freestyle coach, Miz Ursula, starts talking to us about blades: Pattern 99 (not a blade for everyone), the go to blade (MK Pro), and goes through all our blades. Then she starts "The Spin Chat."

The Spin Chat begins with a discussion about spinning on the real front part of the blade. Pattern 99  are a 3 radius blade. That means there's a special rocker right at the front for spins. The rest of us just have to make do with what we've got. two radius blades

Yes, I start out all bendy gliding backwards. But keeping in mind the emphasis on one foot glide in the video below, I really, really work on it during class. Developing good posture on one foot backwards, is the new key to my spins.

When Coach Ursula is satisfied with our back one foot glides, she goes to each of us to work with different spins. She comes up to me and keeping in mind:
1. Don't lean out of the circle
2. Stay on the real forward part of the blade

I rip off a three rotation two foot spin!

Unfortunately, it makes me so dizzy I have to rotate in the other direction.

Can't I just get a spin shot?


Posted by Babbette Duboise at 6:54 PM No comments:

After an Hour and a Half On Ice