I took a bunch of classes to improve my basic skating skills and the same 3 things kept coming up from figures to three turns.

2. Don't stick your butt back and your chest forward

Let's face it, those are pretty negative training expressions. Most coaches will avoid them, let's make them more positive.


Get your legs THIS close together

Skate with 'Sexy Posture'
(Ladies, shoulders back, get the girls up.
Guys, I got no advice for you)

Look at the audience--even when there isn't one.

1. Keep your legs together-- until your leg hairs catch on fire.


Do all that and you'll be able to balance like this! 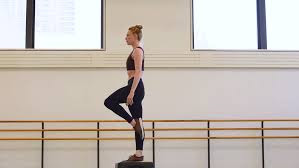 (You'll never get that leg hair image out of your mind will you._

Robin Miller was teaching a group class on Forward Three Turns. She said, "A three turn should be skated  with the arms embracing the circle. Only the body should turn, not the arms. No flailing."

The woman standing next to me spontaneously moaned in pain. "Nooooo," she whimpered. "But it's the  only way I can do them."

We all got a good laugh.

I packed 2 dance dresses, two pair of skating pants, 1 pair of capris, two jackets and (for some unknown repacking at the last minute reason) one shirt. When I was at the rink today, someone told me, "That's the nicest skating shirt I've seen in a long time."
I said, "Lucky for you, you'll see it everyday."

I was doing a  forward outside 8 on patch. I was on a good line, and thought I could do it better. Spontaneously my skating foot, made a correction with an ankle lean, a push down with my outside toes, and a slight shift of the shoulder. Mentally I could hear a  'ehh-heh' noise you make when describing the sound of a squeaky shoe.

Somehow,  I fell,  just as I could feel my toepick and my heel pressure at the same time. Is that even possible?

One of the group coaches looked at me skating in the circle. "Good," he said and went on to fuss at the other people. Making progress!!

Posted by Babbette Duboise at 6:39 AM 2 comments:

I  decided to do a döstädning of of the house. I've been at this for three weekends. Maybe 4. Gradually things to be disposed of work their way to the front room then out the front door, to the dump or the Goodwill. The kitchen is pretty close to finished, but the upstairs storage room has some stuff in there until I shift some things around in the down stairs so that I'm able to convert an extra bedroom into a weaving room and put my two looms in it.

However. I DID NOT CLEAN OUT MY SKATING STASH AT ALL.

When My Coach is Yoda and I'm a Whiner

When I'm too timid to do a BO3 by myself

When I learned a new technique in group she disapproves of

When I do the same thing wrong over and over

ME HUMBLY: "Not on purpose"


When I do some poppin' and lockin' after a good spin

Posted by Babbette Duboise at 1:15 PM No comments:

I had to go on business this month to Vegas, and elected to stay at the Rancho Fiesta, where there is an ice rink.

I got there in time for Public.  It looked like a 3/4 sheet rink, but I now believe that it's a full sheet. The schedule supports both Freestyle and Hockey.  In fact it had more Freestyle than some other rinks I've seen; 5 am to 10:45. The rink also  had 2-5 pm Public. The rest of the time was hockey.

I only saw the rink at Public. 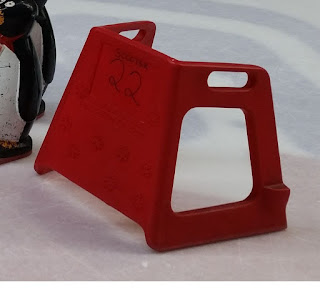 2.  No cones to mark off the center 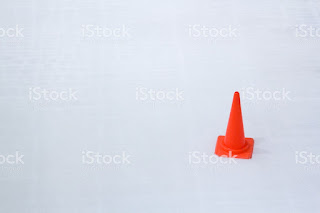 3. No rink guard seen (this is not a criticism--the skate rental office looked right onto the ice, so I think safety was preserved as long as the clerk was on duty)

4. The ice was covered with snow.

5. There were about 25 people on the ice. Families having a nice break from the heat. Only one skater doing anything more than stroking.

I wasn't up to skating while I was there so I can't speak with authority on the ice quality under the snow. However,  given the lack of cones, rink guard on the ice and the addition of the big plastic frames, I think it would have been a challenge to do much more  than stroke around or a spiral. People were zipping around without any adherence to public skate rules.

Freestyle might have been different, but my schedule kept me from skating then (I had to be at my training facility at 7).

I did skate at the Las Vegas Ice Center a couple of years ago. It had two sheets, but it was out of the way on the west side of town. However, it had a friendly Freestyle so I may skate there again and damn the hour drive to get to the north side of town.

Posted by Babbette Duboise at 9:51 PM No comments: