When I'm Skating For the First Time in a Month

The new Harlicks went back for an adjustment, so I'm now skating in a 5 year old pair of boots that don't quite fit (my feet have changed). It's a daunting experience.

Posted by Babbette Duboise at 6:47 PM No comments:

When You've Just Had Your Blades Sharpened

First Thirty Minutes on the Ice

Beginning of the Second Hour

Second Half of the Second Hour

Posted by Babbette Duboise at 9:08 PM No comments:

Sometimes I Should Just Keep My Mouth Shut

Saturday I had a lesson with Miss Bianca for the first time in over a month.  I caught her up on what I'd learned at Lake Placid.

Then she made a few remarks about Jillian Michaels' style of coaching, and we got down to serious business.

I loved my new full custom Harlicks. Things I had trouble with for years, these boots allowed me to learn in minutes. Sadly, the right boot was too wide in the forefoot and heel.

However, although I was able to superfit the right boot so it  fit, after a week at Lake Placid I knew that once I broke it in, there would be no where to go once the leather broke in. So sadly, I went back to my fitter, he remeasured my feet and sent the boots back to Harlick's so they can replace (not just rebuild) the right boot.

You're wondering what I had to do to get the right boot to fit. Here it is.

I know this looks daunting, but it made THE BOOT FIT! And it was amazing to skate in. But as we all know, as the skates broke in, I would have had no way to make it fit, so back to Harlick's it went (along with the perfect left boot because that's what Harlick requires).

So, what am I skating in now? An old pair of Harlicks that I had lying around. They were too stiff for me when I bought them and now are too narrow. I'll superfit them by cutting the forefoot open, and doing some other things to the toebox make room for the big toe on my left foot.  I handled the stiffness by skipping the eyelet at the ankle, so it's just like having a flex notch.

I skated in the old Harlicks today and lasted 45 minutes...yeah, way too narrow, but I was doing bunny hops and spins. It's just that my feet hurt so much I couldn't stay on the ice, but I could skate just fine.
Posted by Babbette Duboise at 7:05 PM No comments:

(I can't believe I never posted this back when I was still testing!) 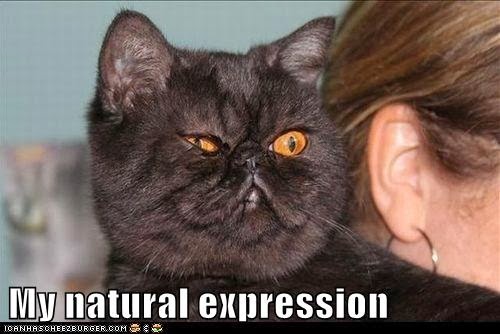 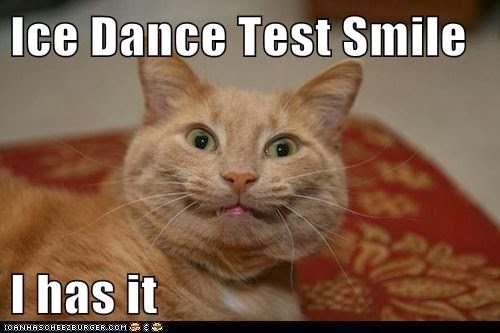 The Language of Skating

A  non-skating friend asks you "So what'd you do yesterday?"


"I was in program on freestyle when this kid kept getting in my way. I was wearing the belt and everything, and my music was playing! She wasn't even looking but would just stop in front of me to practice a backspin during my jump approaches.  It happened 3 times during my program until my coach went to her coach to get her to stop and the music monitor gave me a do over. I'm also flutzing so bad my coach is thinking of dropping that from my program."


What your friend hears...

When I tell you that I finally have learned how to Bunny Hop, which image do you want to see that represents your feelings to that:

a. Bored Man Yawning "I can do that"

B. Adorable Fluffy Bunny Yawning "I can do that"

Anyway, with the new boots I finally had enough support from the extra wide tongue to do things I never could before.  It took a coach about ten minutes to teach me, then I did bunny hops around the rink.

The next day I had bunny butt. All those hops can really make a girl sore!

One of the super-frustrado things about skating is that every time adults work with a new coach the new coach wants to fix some basic skill.

For some skaters it's a three turn or a swing roll or a choctaw. Every time I work with a new coach they want  to fix my crossovers.

Anyway, I stepped off the ice on the first day at Lake Placid, in the first hour and there was this neat, dark haired woman about my age, standing in the hockey box. "Natalia Dubova!" I squealed like total fan girl. "I have your videos. I'm working my way through them!"

Naturally, I signed up for her group skating classes. Her approach to skating is what I would call 'studied'. Careful and deliberate practice, building on a strong basics. There's a lot of crossover work in her group classes. It almost seems to be a foundational skill from which she builds all the other skills.

She looked at us crossovering in a big circle and passed tips on to each one. Some were particularly critical. Then she looked at me and said:


Okay, TAKE THAT! every other coach I've ever skated with who tried to 'fix' my crossovers! TAKE THAT!

Of course a couple of hours later another coach saw my crossovers and tried to 'fix' them.  I just can't win.....

In skating when we fall, we get up.

In competition, when we fall, we get up, and then we keep competing.

youTube contributor Mintaka Alnilam has done a split screen comparison of Jeremy Abbott's SP at National and at the Olympics where he had that horrific fall.

It's instructive that when he decided to keep on skating he swung into his program to give his best performance for the audience and the judges.

There's only a couple of places where he's even close to the choreography that was planned for the program. He was improvising throughout, and he.kept.competing. In Yiddish that would be a 'mensch', that is, a person of integrity and honor as well as possessing strength of character.

Here then is the comparison of the two programs split screen.

Snapback Sunday: What you think depends on where you stand

Posted by Babbette Duboise at 5:38 PM No comments:

So you all have heard of mohawks, and most of you have heard of choctaws--as turns. I know you've wondered "Why are these turns names after Native American tribes?"  According to The History of Figure Skating, there were Mohawk and Choctaw tribal demonstrations (including tribal dance) in London, UK one year (probably the late 1700's). The steps of the dancers were considered to resemble certain figure skating turns. Since the intersection of the theater going community and the skating community in London was probably only a few hundred well off people, the names for the terms must have passed word of mouth within a couple of years until they are the accepted terms.

Take a minute to get your head around that idea.
Coach Amazing taught me these. I think hockey players may use them. Coach Amazing calls these "Tomahawks". Toe to toe mohawks, get it? After a few minutes of practice I'm doing what I'll call 'mohawk circles'--inside tomahawk into a back inside mohawk (inside step forward), repeat. It's a nice little exercise.

I don't know if the tomahawk could be used in a footwork sequence, but it's a fun thing to learn and to do in order to work on your skills.

Coach Amazing also taught me 'the Iroquois', which is a counter-like Tomahawk.
(I don't remember why Coach Amazing picked the term Iroquois. I looked it up in Wikipedia and both the Mohawk sand the Iroquois were members of the Six Nations  so it may be that.)

This is really deep-skating, even though these may seem inconsequential steps. This is working towards exploring every entry edge and exit, not just the 'traditional ones'. I suppose she'll teach me all of them eventually!

Posted by Babbette Duboise at 11:51 PM No comments: