I Slid across the ice

But popped up uninjured!

I do not care how they make my skater's butt look!!

Back on the ice--yet again!

Relief! I can skate!

I'm not healed, but if I take care, I can skate for an extended period of time: 90 minutes.

It's a lot of slow lap skating forwards and back, a long period of warm up, and careful avoidance of too much one foot work.

Skating on the bad leg on one foot for spins and mohawks, is right out.  My bad leg is substantially weaker than it was before, so any sharp curves on one foot with strain on the bad leg's hip flexor is a little awkward. Surprisingly,  I can do serviceable outside and inside 3 turns. Two foot spins at a ripping speed are okay too.

Despite the weakness in the bad leg I can do fine forward and backward crossovers.  You know how I know they're fine? My coach didn't make any comments at all.

Praise in Figure Skating Is Not making Corrections

I'm still forced to focus on youTube videos for PT advice. PT is so popular around here, I have to wait two weeks to get an evaluation.  I may be well by then....

A couple of weeks ago, the horrendous pain I was experiencing in my big toe when I walked or skated made me think I was going to have to have surgery to reduce the bone spur in my joint.

I hate to say this, but I have never had anyone ever tell me that they had a good outcome from surgery of the big toe.  I'm sure that podiatrists and orthopedic surgeons have had positive outcomes, but all I've heard is reports of regret.  I actually found a reference that  said  if a skater needed surgery on the toe to put it off as long as possible. Also, that the surgery reduces the power in the push, and can have adverse effect on toe jumps (like I'm going to do those).

I then decided to search for non-surgical treatment. The Cortisone shot didn't work.  And while selecting a stiff soled shoe did work, it didn't really meet my needs . And rest, Advil, and  padding around the foot and between the toe wasn't enough.

I then started going through YouTube and looking for foot treatments to see if I could find something that would build up my foot strength or  maybe find some  padding to protect the bunion or taping to adjust the alignment of the toe with the toe joint.

And what I found was an exercise video from two Canadian (?)  physical therapists for non-surgical exercises for hallux rigidus (stiff toe).

It works!!! The pain is gone!  I do the entry level exercises three times a day, and not only did the pain disappear after a few days, I'm also seeing increased mobility in the toe. Mind you I only have a 'mild case' of toe stiffness, but it's like I have a new toe. I'm looking forward to progressing to the advance exercise using a theraband in a week or so.

Will this 'cure' my big toe? I doubt it. I've got a bone spur on the joint like a walnut, so eventually  I may need to have surgery, but I'm trying to put it off for a couple of years.


Here is the video! It worked for me!

I'm also modifying my boot, that goes without saying. I've done that before! But just operating on the boot, not on the foot!

Taking a Skating Pause for more than one Injury 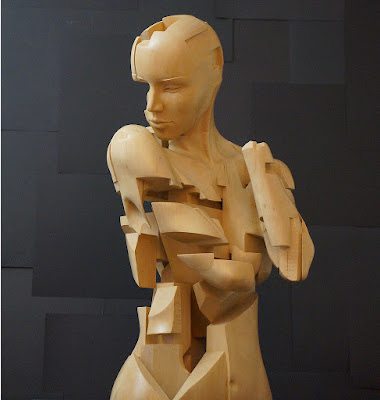 Right now I have left hip bursitis with some extensive discomfort from the lower back to mid-thigh. Doctor's appointment (round two since August) on Monday.

Multiple daily stretches means that the pain is reduced, but I can't do a crossover on that side. All I can do is to skate on two feet. So swizzles, and grapevines and pumps--maybe two foot spins--are all I'm able to do.

I also have a bunion on my right big toe.  I can actually skate with this (FOR NOW) but;

1. I have  rescued it with a toe spacer, tape, a donut callus pad plus a gel tube.  That boot is getting crowded in there. 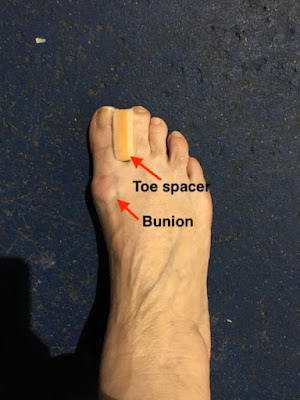 2. Hurt when I skate? Hnh, it hurts when I walk! Inevitably I will have to have have the bunion operated on. My podiatrist is a level 4 Hockey Coach so at least he understands the problems with skater's feet.  However, that surgery takes 6 weeks to recover.

What do I mean by 'inevitably? Probably in 3 to 6 months plus recovery.

I was really getting the speed going on my spins too.

So, I may only post once a week when I can find funny topics. My ability to skate is iffy for the nonce.

MUSIC IMPOSSIBLE TO SKATE TO: Queen of the Night Aria

Some music is just impossible to skate to. Other music just grabs you and you see in your mind's eye every movement in a flash.

The Queen of the Night aria, from the Magic Flute by Mozart (NOT the Whitney Houston song) does not generate any choreography when I listen to it, even though it is one of my favorite arias.

I'm going go through the points that make it non-skatable, for the instrumental version first.

The first two minutes of the aria lacks sustained triumphant or dramatic phrasing such as you find in the first movement of Beethoven's Fifth (allegro con brio).  You need this phrasing for quick drama of the jumps and the sustained flow of the landing. The dramatic phrasing in the Queen of the Night aria is in the last minute of the aria. In the aria, although there is drama in abundance, it's too quick for jumps and lacks the kind of rhythmic pacing needed for footwork.

This is a showpiece for a coloratura. It's quick and meant to show off a voice. To my opinion only the last minute is okay for a program, but  it's so fast it will be jerky with no time for sustained skating.


Okay, that was the instrumental. But this is a voice piece, an aria. The showiness is in the voice. The voice carries the drama, the instruments are just to show the voice off.

Below, is the divine Diana Damaru with the Royal Opera, giving one of the best dramatically sung and acted Queens in opera. No.way.to.skate.to.this.


I'd like to make a personal comment about performance. Opera is fulsome with great costumes. I LOVE this costume. Cut the skirt down to dance length and I think it would make judges applaud. I have no idea what I'd skate  in it to, but there you are; this dress is worth a couple of days of stoning.

Also, opera is weird. I'm surprised no one's reproduced the Whitney Houston costume for Queen of the Night, because it would fit right in. And you could skate in it (although I do worry about the bead in spins and jumps). 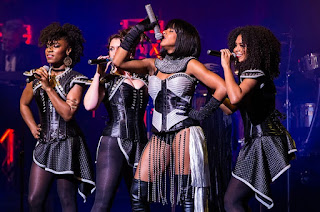 Posted by Babbette Duboise at 9:58 PM No comments:

Dressed for Skating up to October 1:
After months of 90° weather

Dressed for Skating October 2:
When it droops to 63°

Posted by Babbette Duboise at 9:17 PM No comments: