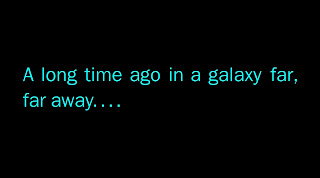 People used to ice dance for fun, on dates, at all ages.

The heyday of ice dance was between the 20's and the 50's. Rock and roll had a hand in killing it. The rhythms just were too popular to ignore and appealed to the younger crowd. The old dance standards died out and ice dancing became stuffy, and too hard, and the bar was raised too high.

And at one time ice dance was ragingly popular! So popular that, ice dance testing was introduced in the US (the earliest testing record is from 1928 in Canada, but the US dance test structure was adopted in 1939). You had to learn the pattern dances, and test them.


"...as dancers became test conscious, they did not want to spend time learning non- compulsory dances. With the focus on new dance  test requirements, the social dances that did not make the test schedule would gradually disappear...Serious skaters are goal oriented. They work on elements that offer a visible  measure of progress, such as a passed test, entry in competition, or the ability to skate a Silver level dance" (Figure Skating History: The Evolution of Dance on Ice)


So in the fifties, when Rock and Roll took over the music world, young people must have looked at the  time and testing requirements for ice dance and abandoned the sport in droves. They wanted to ice dance for dates--who wants to spend months (years!) learning to ice dance when you can go out on the floor and dance right away! And who wanted to test to go on a date! It was too much commitment! Skating required commitment! The social aspects of ice dance were already beginning to die.

And now, 70 years after testing was introduced what do we have? We have the Ice Dance Industrial Test Process, where you test so you can take more tests.

And hardly any social dance sessions to dance on.

Or any male partners to dance with.

Posted by Babbette Duboise at 8:37 PM