Spanish Three Turns, Salchows, and the Canadian Half Flip

There are group lessons where I'm totally lost.  Maybe it's because I'm always standing behind the coach so I can't make out what she's saying, or in my old age I'm losing my hearing, but I have no idea how all this stuff ties together. The coach had a lesson plan, and there was a coherent thread of skills development, I just have no idea what it was. 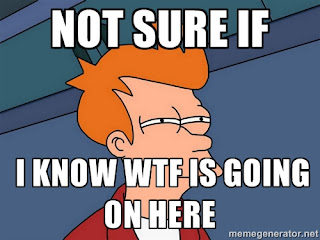 
Yeah, I know, there's a lot of weird stuff on the internet.

Then we did the Salchow. There was a lot of turning, arm positioning, head positioning, use of the core, etc. There's an arm I'm supposed to keep forward, or maybe back. Five minutes after the lesson is over I forget.

But during the class  I could step through the Salchow. That means my feet don't leave the ground, let's leave it at that.

I did get a pat on the back for my upright posture on the back glide into the jump entrance.  Woohoo!

Finally we learn the half flip. We learned the Canadian Half Flip--sadly I can't find any videos.  However, I can explain it. Back inside glide, toe pick in with the free foot, jump up with a half turn, land on the original skating foot.  Sort of an inside out half Lutz.

The American half flip, has like a mini-bunny hop at the end.


The American Half Flip

Anyway, it's my goal to learn all the half jumps. One down! Sorry, it has to be Canadian!

Spreading knowledge of their non-USFSA half flips


Posted by Babbette Duboise at 9:01 PM