So a nice old duffer of about my age ended up as my partner in an ice dance group class. He's steady enough on his feet, but he had no idea about figure skating terminology, and had never done ice dance.

The coach started the  group class out in hand to hand  skating and  my partner (let's call him Duffer) is completely blank on the concept. When we started skating I had to not only count but say 'stroke left', 'stroke right'. But he got them confused and would stroke right when he was supposed to go left. We sorted that out then the coach moved us to Killian position. Duffer was very uncomfortable with the idea of the frame you need to have between partners; he just sort of hung loosely and I had to get him to stiffen his arms and stroke on the count and for god's sake all I could do was tremble mentally in fear that he would stick his right boot between my feet.  I had to keep my eye on his feet the whole time.

Then came open the gates of hell. Foxtrot Hold. 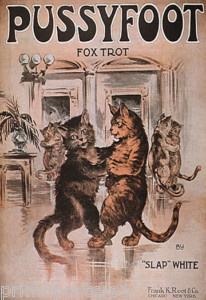 The Lady pushes against the gentleman's shoulder; he pulls her toward him. They should be locked in hold this way.

Duffer would not pull me towards him.  He said he thought pulling me would be rude. I finally said, "Look this is Foxtrot hold, imagine you are a drunk sailor in a WWII bar, and you're trying to kiss me, and I am pushing you away because I'm having none of it." The coach kind of hem'd and haw'd "well, that's a little strong." I gave him the hairy eyeball because by God, I'm not having any of that loose arm don't know where my partner is relative to me on the ice shit at all. I am totally going for the  WWII bar analogy. I want Duffer locked in hold so I can tell where he's going next--because otherwise he might go left instead of right or right instead of left, and then where would I be? 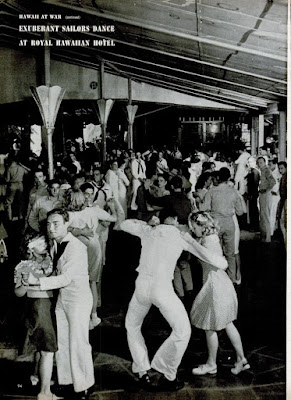 By the time we got to Waltz hold Duffer had an idea of the push him-pull her concept and he did not fall on me, and I did not fall backwards--although a frisson of fear ran through me while we sorted out how to stroke with me going backward, and him going forward.

And then came--Waltz Hold with the man going backwards. Did I mention that I'm 5'2" and he's 6'3"?  In strict waltz hold he could look over my head, in this reverse waltz hold, I have to pop up and peek over his shoulder on every stroke because there's five couples on this ice and I don't think they're paying any attention to us. 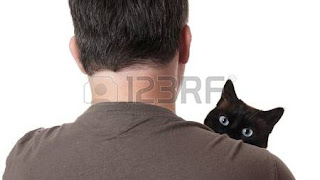 After class finished, Duffer sat down next to me and asked if we could take a dance lesson together, and split the cost.

I convinced him he needed to take a lesson as a single with the group dance coach before skating with a partner, which he did, so that coach owes me.

I now feel immense sympathy for Dance Coach when he skated with me because I was the Duffer once myself. Now, I'm just so slow.

Posted by Babbette Duboise at 8:44 PM